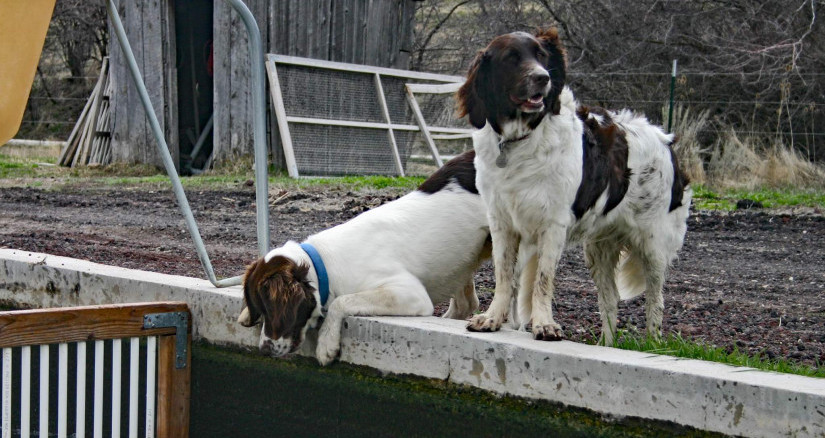 One of the more challenging aspects of farming animals is feeding them. Caretakers become that animal’s sole source of nutrients; therefore, knowing what nutrients an animal needs is imperative. The easiest way to determine this is through digestibility and feeding studies. These studies involve measuring the nutrients in a diet and measuring how many of those nutrients are taken up by the organism. This is achieved through fecal analysis and watching for signs of nutrient deficiencies. Fish make this more complicated. As aquatic organisms, collecting their fecal matter is more complicated. Fish excrement rarely clumps together like terrestrial animals. Instead, it dissolves into the water. Additionally, fish excrete some of their metabolic waste, such as ammonia, through their gills rather than through urine, as seen in terrestrial organisms. Fish also absorb some minerals from the water around them through their gills. Because of these complications, it is challenging to determine what aspects of a fish food influence its bioavailability. Brute force has been the method of choice for a large part of fish farming history.4

The first fish farmers caught wild fish and held them in ponds or other vessels until they were ready to be consumed. Others created pond ecosystems akin to the fish’s natural habitat and occasionally supplemented them with animal carcass pieces. In some farms, an animal head would be placed on a stake and set up in the middle of a pond so the maggots would fall from the rotting flesh into the water, thereby feeding the fish. This practice fell out of favor due to the smell and food safety concerns.4 As intensive farming became more common, farmers started to base diets on the contents of wild fish stomachs. This led to an explosion of farming research. Once a functional base diet was established, the general modus operandi in the US was to feed a test diet and measure growth compared to the base diet. This worked but was quite time-consuming and expensive.4

More modern feed development and commercial farming techniques involve a Recirculating Aquaculture System (RAS). In these systems, the water is filtered before returning to the tanks like most home fish tanks, but on a grander scale. This dramatically decreases the amount of water needed to farm the fish and reduces the amount of fish waste released into water systems compared to traditional flow-through systems. RAS systems also allow the production of species in areas where the local water is not the correct temperature or quality, such as raising tropical fish in Alaska. The downside to these systems is that they are very energy-intensive, and the filtration systems are expensive to set up and maintain. RAS systems have provided researchers with a way to approximate the digestibility of fish foods. However, due to the cost of these systems, such research is uncommon and only performed on the most profitable species.

This means that the requirements are not always known for a given fish species. Formulators often must extrapolate from less and less relevant data. Most commercial fish species are carnivorous. This is partially due to how fish deposit the flavors of their foods into their fat. Meaning that a fish often tastes partly like what it eats. Therefore, a fish that only eats seaweed would taste strongly of seaweed. Likewise, a fish that feeds on the excrement of other fish would taste like fish excrement. Because most commercial fish are carnivorous, the original fish feeds were mainly comprised of fish meal. In more modern times, the quantity of fish meal in fish feed has dropped off dramatically. Some feeds are as little as 10% fish meal. It has been replaced with chicken, corn, wheat, and soy. The main reasons for this change are cost and environmental impact. However, fish feed is frequently more expensive per ton than other pelleted or expanded feed apart from pet foods despite the changes. Fish farmers must also contend with a lack of supply.

It's been a long and fraught road for fish feed development and fish farming optimization. However, despite the challenges facing fish feed development causing the entire fisheries industry to be comparatively behind other sectors, and somewhat because of this, fish farming has tremendous growth potential. Of the fish consumed in the US, 60%-85% are imported.2,3 The most imported wild-caught fish are shrimp, freshwater fish-including trout, and salmon.1 The most frequently imported farmed fish are shrimp, salmon, and tilapia.1 Each of these species can and is produced domestically. Regular fish consumption is linked to better sleep, mood regulation, brain function, skin health, and joint health.5

About the Author: Irene Lambregts is the assistant manager of technical sales at BSM Partners and has a master’s degree in animal science. Originally from Idaho, her childhood was full of caring for and learning from the pets in her and her friends’ lives.